Jade jewelry is popular in China 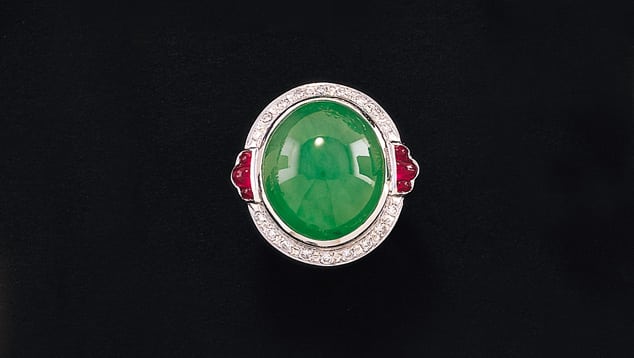 Why jade jewelry is popular in China

Jade jewelry has been popular in China for thousands of years. Jade is a popular gemstone that is often associated with good luck and protection. It has a variety of forms, such as necklaces, bracelets, rings, and other decorative items.

In recent years, jade has become a popular choice for jewelry among both men and women.

Despite common assumptions, why do stylists and fashionistas continue to favor jade jewelry? The status of jade is unquestionably considerably higher than that of southern red, turquoise, and other jades in the opinion of the majority of people. Jadeite is a variety of jade that has gained the respect of prominent figures in the jewelry industry for its various benefits.

Many people believe that jade can bring them good luck and protection.

Jade is a symbol of wealth and power and may indicate a person’s social status. There is a widespread myth that jade may bestow upon its wearer both fortune and safety.  However, this myth is not based on any scientific evidence and is purely superstitious in nature. Jade is thought to be a symbol of good luck and may be used to ward off bad luck or misfortune, but it does not actually have any magical properties.

In China, which has a long jade culture, jadeite has been popular in China for only about two hundred years.

Prior to the founding of New China, jadeite was not very popular with the general people, but after reform and opening up, private firms are now able to go to Myanmar to buy raw jadeite materials and bring them back to China for processing and carving.

In the days that followed, the real popularity of jade was in the public eye. In just a few decades, it has become the most popular among jade. There are many types of jadeite in terms of quality, and the common varieties include glass jadeite, ice jadeite, waxy jadeite, etc.; in terms of color, it is colorful, with green, red, yellow, purple, white, and black as the base colors. , lightness, and vividness show different colors;

Jade is not only a material product but also a spiritual product.

The carved patterns contain the meaning of auspiciousness and wishfulness, expressing people’s spiritual life of yearning for health, wealth, longevity, and friendship. Jadeite has trace elements that are beneficial to the human body. These trace elements have the effects of beautifying, calming, calming the nerves, and prolonging life. It is just like this that people believe that jadeite can ward off evil spirits and eliminate disasters.

There are several forms of jadeite, including glass, ice, and waxy. Green, red, yellow, purple, white, and black is its main colors. Lightness, vividness, and darkness exhibit distinct hues.

Jade is the king of stones, and people like it for its exquisite quality, color, touch, and sound. The art of life is the artistry of jade. The decoration, creation, natural beauty, and direction all contribute to its beauty. Even in modern times, jewelry and jade decorations are still seen as a sign of good fortune and social standing. They have evolved into a significant component in expressing one’s personality, decorating style, and temperament, as well as improving the overall aesthetic appeal of clothing.

In inland China, the development of the jadeite market is more representative in two places, one is Yunnan, the other is Guangdong, and the rough jadeite auctioned in Yangon, Myanmar, in the 1990s, some entered Hong Kong and Taiwan of China, and some After entering Yunnan, China, some raw jadeite was directly processed in Yunnan, and the jadeite market in Yunnan was greatly developed during this period; The connotation of jade culture is: inherit the artistic style of ancient jade, unify it in the process of the development of famous ethnic culture, form a torrent, and create a surging and splendid Chinese national culture!