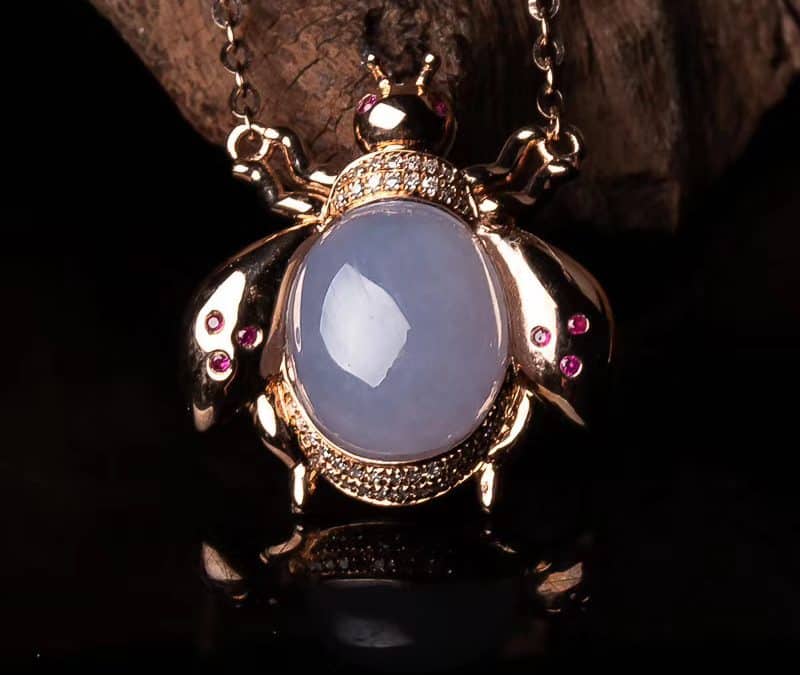 A brief introduction to the method of identifying Authentic jade and fake jade.

It is common knowledge that Authentic jade is quite valuable. There have been instances where jadeite sold at auction brought over $100 million. In a number of films and television series, characters are seen either adorning themselves with or showing off their exquisite jade jewelry and other accessories.

In the current market for Authentic jade, not only are there variations in the rarities of different quantities, but their prices are also variable. Beginners in the sector are sometimes misleading, therefore it’s crucial to learn how to distinguish between real and fake jadeite. This is the issue.

Authentic jade Its bright hue and smooth, delicate surface have led people to view it as a gem since ancient times. Many people now like to wear jade jewelry, but jade also has true and false in the market, you need to pay attention when buying, here is a brief introduction to the method of identifying true and fake jade. Identification by weight. Authentic jade is heavier than fake jade

Because the density of the jadeite itself will be relatively high, if we place some jadeite on the surface of our hands and shake it a few times, we will feel a significant amount of force acting in a downward direction. It’s possible that this is real jadeite.
The weightlessness and absence of upward pressure when holding the fake jade is what gives it away as a fake. This is an efficient method for identifying medium-sized jadeite. The hardness of Authentic jade is very high, we can use sharp nails or knives and other iron-hard objects to scratch or scratch the surface of the jade. If it is real jade, there will be a slippery feeling on the surface of the jade And it will not leave any scratches.
The fake jadeite scratches the surface with a hard object, which will scratch the surface and leave obvious scratches on the surface.
Jade is harder than most natural jades. It won’t break if it collides with other jades. To scratch jade, use a hard object. Marks indicate fake jade. Genuine jade has no scratches. This procedure may harm jadeite, so it’s important to get the seller’s permission before using it.

False jadeite will have a lifeless tone. If the sound produced when two jadeites are smashed together is crisp and strong, the jadeite is authentic; if the sound is muffled and weak, the jadeite is false. You can use a rope to suspend a single emerald and then tap it with an agate to determine its quality.

Identified by the color gloss of the surface. Burma jadeite has a natural shine and Type B or C jade has a dark surface.

Really jadeite is very smooth to the touch by hand, and it will look very shiny in the sun. The internal patterns are also very delicate and cool.
The fake jadeite feels rough by hand, the surface is not very smooth, the color is dark and dull, and there may be bubbles inside. Some fake bracelets are dark in color, which may cover up many flaws, but on the other hand, they are also very obvious. As shown in the figure, its color is as if painted, scattered, and without roots, and the dense pits can be seen on the surface. If you wipe it with a cotton swab dipped in alcohol, you may still be able to wipe it down.

Be careful about flawless jade

All natural jadeite will have some sort of imperfection, such as a dark stain or blemish. There will always be some flaws, however slight, in even the finest jadeites. Due to the natural nature of jadeite, it is not unusual for the material to contain flaws such as cracks, stains, and even black spots. On the contrary, it is really stunning in appearance. After being processed by hand, jadeites that are both perfect and cheap are more likely to be items b and c. We can use a magnifying glass, a flashlight, and other tools to look at them carefully before deciding whether or not to buy them.